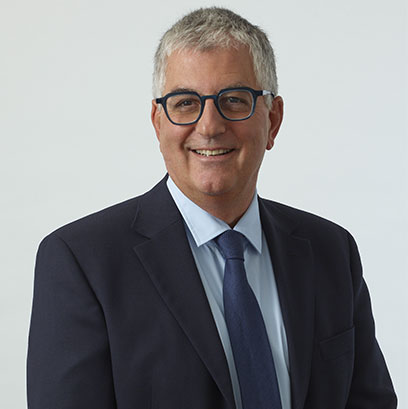 After studying in Montpellier, Pierre joined the Fidal office in Casablanca, Morocco, in 1988, where he looked after a portfolio of mainly international groups setting up or developing their activities in North Africa. Following a number of years in the “companies” department with Fidal’s regional management team in Bordeaux, Pierre was sworn in as a lawyer in 1993 and set up his own firm in 1994. In 2009, he founded EXEME with a group of colleagues in Bordeaux. In early 2017, he joined Brunswick Avocats as a partner in Bordeaux. He is registered with the Bordeaux Bar.

He specialises in company law, with particular expertise in private-equity and merger and acquisition transactions for mid-size companies, SMEs and young start-ups, as well as investment funds and financial institutions.

Pierre is a former Vice-President of the Bordeaux Bar Association and founder of the Incubateur du Barreau de Bordeaux. He has also served as vice-president of the international lawyers’ network GESICA and regional president of the ACE (Avocats Conseils d’Entreprises).

Pierre is also involved in civil society, as a former president and now member of the APM (Association pour le Progrès du Management) Bordeaux Grand Large club, and an ambassador for Apprentis d’Auteuil.