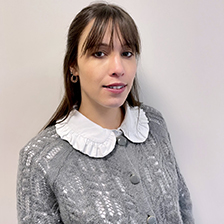 Mégane Boussereau holds a Master II in European Business Law from the University of Nanterre and a Master II in European Union Litigation from the University of Paris II - Panthéon-Assas. She is a member of the Paris Bar.
Prior to joining Altaïr Avocats in January 2023, she practiced in the Commercial Contract – Distribution team of Alerion and Magenta law firms. Prior to that, she completed several internships in law firms at Linklaters, Gide, Wilhelm & Associés and UGGC Avocats, as well as in the merger unit of the French Competition Authority and the competition law department of the L'Oréal group.

Mégane advises French and international clients on contractual and commercial matters, as well as on distribution and consumer law, both in terms of advice and litigation. She also handles French and European competition law cases, such as anti-competitive practices, trade restrictive practices, unfair competition and merger control.